Skip to content
How should an Anavar cycle be performed, and which other steroids can you stack with it to achieve optimal results? Anavar, an anabolic steroid that is also called Oxanrdrolone, has a long history of safety and effectiveness. 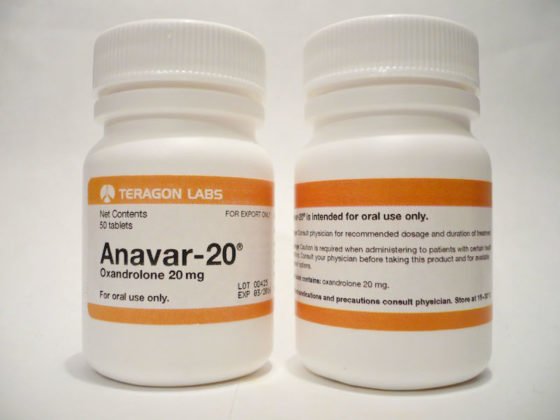 While its effects are mild compared to most other steroids, it still provides good results with minimal side effects.
For this reason, Anavar cycles are especially popular with women.

Most steroids on the market are too potent for women to use. Out of the wide variety available, Oxandrolone is the most used among females. Because it’s strong enough to provide benefits but mild enough to cause few side effects, it has been dubbed “the lady steroid”. Of course, men can also benefit from using Anavar, but women will generally get the most out of it.

So I found a good natural alternative to Anavar (same effects on shredding fat, no sides ever, 100% legal). Check it out, it’s called Anvarol (read my full review here)

Anavar’s safety puts it in huge demand, so anyone wishing to cycle with Anavar can expect to pay more for it relative to other options. Indeed, Oxandrolone is among the most expensive anabolic steroids available.

Prices typically start at $2 for a 10mg pill, but higher quality products may cost as much as $4 for the same dosage. Because men require a larger dose to see any benefits, the cost will hit their wallets the hardest.

You should never put a dollar value on your health and safety, so despite the additional cost, Anavar is worth it. Unfortunately, its high demand has caused unscrupulous manufacturers to come out of the woodwork peddling fake Anavar disguised as the real deal. It’s critical to exercise caution and use your better judgment when you purchase any product being called Oxandrolone or Anavar.

Doses and Results For Anavar Cycling

Males wishing to begin a cycle with Anavar should only consider it if they’re trying to cut body fat. While Oxandrolone has potent effects for women, it has little to offer to men during their bulking phase unless enormous doses are used. Because Anavar doesn’t aromatize to estrogen, all of the weight gained is muscle. However, it costs so much that using it for this is impractical.

If you’ve already got low body fat, it’ll give more definition to your muscles. Oxandrolone likely won’t work as well as Winstrol, Trenbolone or Equipoise for this, but when it’s used as part of a stack, you can get good results.

Most men use between 50 and 80mg daily. Some may use up to 100mg daily, but this is rarely necessary. Doses over 100mg don’t give much benefit and end up being a waste of money.

For the majority of males, a six to eight-week Anavar cycle following their cutting phase will do fine. Most won’t need to use it again, which helps them save money and get the most from their supply.

Since cycling with Anavar works best for women, it’s important for women to know how to use it. The biggest issue with women and most anabolic steroids is virilization, which causes women to develop masculine features like a deeper voice and increased body hair growth. While it’s possible for Oxandrolone to cause these effects, it’s unlikely to become a problem with proper use.

That said, if masculine features start developing, women should quit using Anavar right away. Stopping once symptoms appear will allow them to go away.

If usage continues, the changes can become permanent. It’s important to note that as long as people exercise the proper caution and use Anavar responsibly, harmful side effects are rare. Indeed, most people will be more than just fine. They’ll experience more energy, enhanced strength and endurance and a sleeker, more attractive body.

Cycling with Anavar provides women with an excellent tool for bulking and cutting, but it won’t work as well for men. Women who use it will see increased strength, allowing them to improve their physical performance. However, Anavar’s massive popularity stems more from physique competitions rather than women’s bodybuilding. It’s hard not to admire the bikini-clad women in these competitions who have Anavar to thank for their success.

To begin a cycle with Oxandrolone, women should start by making sure they’re able to tolerate it before using a larger dose. Most are able to safely use 10mg daily and see great results, but 20mg may be required for some women. However, this is rare.

The majority of women cycling with Anavar can handle up to six weeks on with a gap of three or four weeks before starting the next cycle. A six-week cycle of Anavar is just right for providing most women with the results they’re seeking.

If you don’t want to get sides from Anavar, check out Anvarol – a natural alternative that’s 100% safe – read my full length review here

I enjoy reading about improving my physique and write about muscle building, shredding fat and supplements that give you that little edge over your competitors.

This site uses Akismet to reduce spam. Learn how your comment data is processed.

This website uses cookies to improve your experience while you navigate through the website. Out of these, the cookies that are categorized as necessary are stored on your browser as they are essential for the working of basic functionalities of the website. We also use third-party cookies that help us analyze and understand how you use this website. These cookies will be stored in your browser only with your consent. You also have the option to opt-out of these cookies. But opting out of some of these cookies may affect your browsing experience.
Necessary Always Enabled

Any cookies that may not be particularly necessary for the website to function and is used specifically to collect user personal data via analytics, ads, other embedded contents are termed as non-necessary cookies. It is mandatory to procure user consent prior to running these cookies on your website.